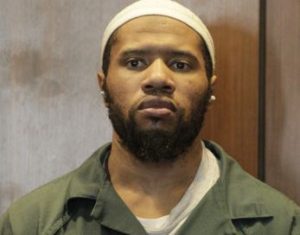 Ali Muhammed Brown, Jihadi serial killer, has pled guilty to the final charges of Armed Robbery in New Jersey clearing the way for his extradition to Seattle to face three charges of Aggravated Murder–charges he’ll also likely plead guilty to.  I discussed this case in my book.

The story from the Seattle Post-Intelligencer is here. 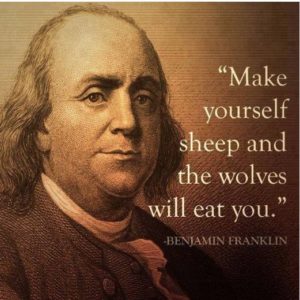 Ben Franklin was an enigmatic fellow, but  he was is pragmatic and a realist.  We can learn a lot from him.

Interview on KVI AM, Friday, March 16

Kirby Wilbur and John Carlson were kind enough to invite me on their morning talk show on KVI AM in Seattle to discuss my book.

You can listen to that interview here. 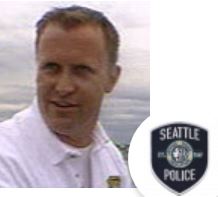 In the late 80’s I worked 3rd Watch patrol, (8pm to 4am) in the Central District of Seattle. Street gangs and crack houses were rampant, so the Watch Commander, Lt. Bill Moffat, formed a group of three two-officer cars, (designated the “09” cars—3G09, 3E09, and 3C09) to swoop down on open air drug dealing and gang gatherings. He asked me to be one of the officers in that group.

We weren’t responsible for 911 calls except for emergencies.

When a shooting, or other emergencies happened, we dropped everything and responded. We were three extra cars, besides the regular patrol cars going.

I worked 3-Charlie-09 with Jackson Lone. Jack was a younger officer with a great sense of humor. He was the lampshade on the head guy at parties, quick with a joke and always laughing. I had a lot of fun with him.

One night, we were the last of the three cars responding to a shooting scene, lights on, siren blaring. I was driving. As we raced down the city streets Jack tapped away on the in-car computer, pulling up the call.

We cracked each other up. I wonder what people would think if they knew what went on inside those police cars racing past.

Jack got married. My wife Doreen and I went to his wedding. It was on an old ferry docked on the Ship Canal, which connects Lake Washington with Lake Union, and then through the Ballard Locks, out to the salt water of Puget Sound.

A few months later, Jack got a divorce.

“I want my wedding gift back,” I said.

“You’re going to have to talk to Melanie,” (his soon-to-be ex-wife).

After I went to the detectives, Jack went to Narcotics. He later landed his dream job as a diver in the Harbor Unit.

I’d run into him from time to time.

On March 16th, 2005, I was working in Homicide. We were called to a scene; a Harbor officer fell off his boat, hitting his head and falling into the Ship Canal. He drowned. As I sped to the scene, I called my office, and spoke to Ila Birkland, the long-time Homicide admin.

I wanted to puke.

I’ll be speaking with Kirby Wilbur about my book.  Tune in, or listen live on KVI.com. 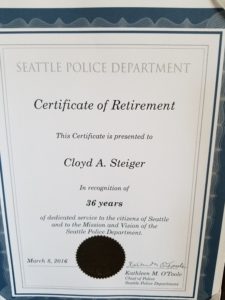 Today marks two years since I retired from the Seattle Police Department.  People always ask me the same question:  Do you miss it.

There are some things I do miss.

Me: “You know, there’s a legal term for the situation you find yourself in today.” 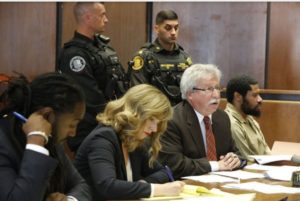 Muhammed Ali Brown, Jihadist Serial killer, whose case I wrote about in my book, surprised everyone in New Jersey today, when he changed his plea to guilty in murder and terrorism charges.

Jury selection was underway, when Brown made the announcement, surprising prosecutors and his defense attorney alike.

In his plea, he said, “I shot those people in Seattle, Washington, too, if you want to put that on the record,” adding that he shot the men for “the same dumb reason.”

Brown faces life without the possibility of parole in New Jersey.  He’s also charged with three counts of aggravated murder in Seattle, where his cross-country killing spree began.

Once he’s sentenced there, he will be brought to Seattle.  It seems likely he will plead guilty to those charges as well.

Blast from the Past 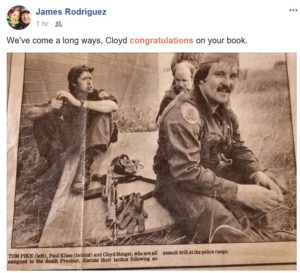 This is the first trial for Ali Muhammed Brown, a Jihadi serial killer that killed three in Seattle, and one in New Jersey, all innocent victims, all picked at random.  (I investigated the Seattle killings and they are detailed in my book).

I went to New Jersey in December to testify in the pretrial hearing there.

The story appears in the Seattle Times here. 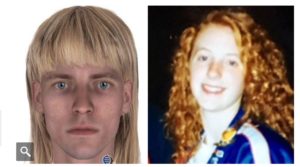 eries on Ted Bundy, the tools of the M-Vac wet vacuum DNA collection system and DNA phenotyping are covered by  KIRO’s Dave Wagner.

Jared Bradley is a friend, and the president of M-Vac systems, the biggest breakthrough in DNA recovery technology in years.
Also covered, was DNA phenotyping, currently being done by Parabon DNA.
I admit, when I first heard of this technology, I thought it was hocus-pocus. Then I saw a presentation by Parabon at a conference in St. Louis. A company sent DNA swab to Parabon for phenotyping with no other information. Phenotyping was done and an image produced. Only then were photographs of the donors revealed. It was incredibly accurate. I became a believer.
KIRO’s report is here:
1 Comment