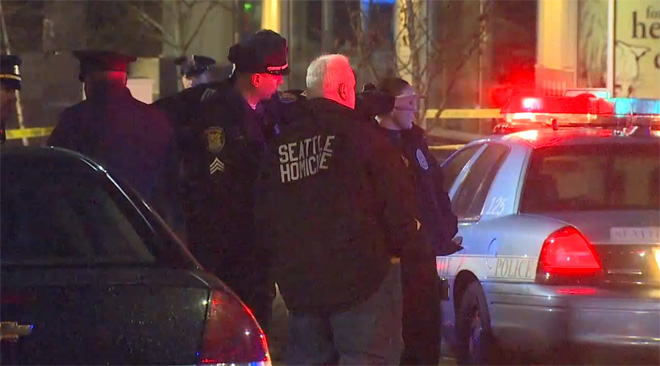 Welcome to my site. This is the official site for my books, Homicide: The View from Inside the Yellow Tape, available on Amazon, as well as my latest book, Seattle’s Forgotten Serial Killer–Gary Gene Grant. It’s also a site to read my blog, and speak of anything to do with homicide investigation. 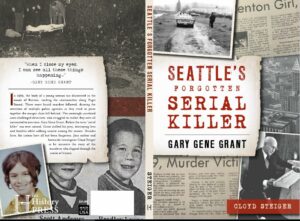 Four people–two teenaged girls and two six-year-old boys–found murdered in Renton, Washington between 1969 and 1971. The term serial killer had not yet been coined, but the then small town of Renton had no idea a predator lurked in their city. A tragic time that frightened Renton residents and destroyed four families–and then disappeared into history.

Available on Amazon, and at bookstores. 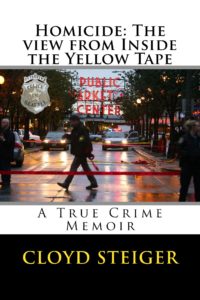 What people are saying about the book:

5 Stars from Vernon J. Geberth on July 2, 2019
Murdercop: Author of Practical Homicide Investigation
Homicide: The View from Inside the Yellow Tape: A True Crime Memoir by Cloyd Steiger
Homicide: The View from Inside the Yellow Tape: A True Crime Memoir by Cloyd Steiger is exactly what the title states. You cannot get a more exclusive look at the world of the “Murder Cop” than this real life memoir. I’ve known Cloyd for a number of years since I taught in the Seattle area for over 30 years and Cloyd and I shared many a murder cop story. He is the real deal. I found myself laughing at his humor. Humor is the only drug legal available in this line of business to keep us sane. I thought that his comments about certain people in administrative positions arriving at the scene of a high profile murder investigation and screwing things up were right on target. I also liked the description of the FBI as hyper-regulated. He referred to them as The Federal Bureaucracy of Investigation. Murder Cops are trained to instantaneously react to a situation rather than get clearance from headquarters for every procedure. I also laughed about Seattle Police Chief Norm Stampler’s “Feel Good” policy of having a psychologist ask Cloyd “Do you feel like talking to someone?” after Cloyd handled a particularly nasty child homicide. His answer was classic Cloyd. “I feel like if I have to talk to someone like you every time something like this happens I’m in the wrong fucking line of work and need to think of a career change” His court testimony answers were hysterical. The scene descriptions were great and I liked his reference to some gang banger shot up in a car. Cloyd uttered; ““Wow. The shootout at the OK Corolla. “ Now that’s funny. But I think Cloyd borrowed my description of certain homicides as “Misdemeanor Murders” when he was describing one of his murders. His explanation of the “No Snitch” culture, which permeates urban life, is a right-on. It is a problem for all murder cops across the country as they attempt to locate witnesses to solve cases in the inner cities. The anti-police rhetoric of the last administration coupled with the stronghold thugs exert on their fellow citizens in these neighborhoods makes the job almost impossible, Sometimes the only way the case is solved is when the perpetrator of today becomes the murder victim tomorrow. I highly recommend this book to anyone with interested in homicide investigation and the internal dynamics behind the Yellow Tape.
I am glad that Cloyd did not retire-retire, but took his experience and knowledge to the State Attorney General’s Office where he is presently The Chief Investigator helping others to see that Justice is Done.
Author of Practical Homicide Investigation,
By
Vernon J. Geberth “murdercop”

An excellent book – a tour through a fascinating job and life.

Cloyd Steiger is one of the most well-known homicide detectives on the West Coast, if not the country. It turns out, he’s also a born storyteller. Combing through decades of his cases with Seattle PD homicide, he brings you the tragic and hilarious and amazing – often all in a chapter. Everything from serial killers to gangsters to arsonists are the quarry – and Steiger tells you how the cops got ’em in the end. I can’t recommend this book highly enough. I also wrote a lengthy review in Forensic Magazine that can tell you even more. But buy this book. It will become one of your favorites.
https://www.forensicmag.com/news/2018/04/seattle-homicide-cop-pens-memoir-telling-story-inside-yellow-tape

“One of the top 10 True Crime books to quietly obsess over.”- The Manual.  (themanual.com)

“One of the Top 100 Best-Selling Memoirs”-Book Authority

In the meantime, if you want to learn about murder, listen to my buddy, Lee Mellor’s podcast about all things murder:  Murder was the Case Podcast

There are Academic episodes, and for the more casual fan, The Dive Bar.  It’s not for the faint of heart.