Email from the Twilight Zone

The next morning, this email was in my inbox:

Hi Cloyd:
Just last night I was wondering about Gary Grant and I happened to do a google search to see if a book has ever been written about him and his murders. Imagine my surprise to see yours had just been released. I was a student at Renton Technical Institute in the fall of 1970 and remember Joanne Zulauf’s murder well and that the police came to the RTI to see if anyone had any information. I believe Joanne might have been in one of my classes but I didn’t know her as it was still early in the school year and I was busy making new friends.
Fast forward to about the second week in November of 1970 and a group of us students from RTI were talking about taking a fellow student from the Phillipines up to Crystal Mountain to see snow, which she had never seen before and was very excited to see. I was living with my sister in Enumclaw on Highway 410 and our group agreed to pick me up on the way. Our driver, Frank, brought along a friend of his named Gary. Frank had a big older model car that could seat four people across in the front and the back and there ended up being 8 of us. As I was the last to be picked up I ended up sitting in the middle of the front seated next to Gary. I knew everybody except Gary. We went to Crystal Mountain and played in the snow on toboggans, sleds, etc. Gary always seemed rather distant and only spoke with Frank. Frank was a big gregarious guy who is the life of the party kind of guy and he couldn’t have been more different from Gary and I remember thinking they had an odd friendship. Gary would say something that was funny but would look to Frank to see if he laughed and if he did, then Gary would laugh. I thought this was very strange as well, but kept my thoughts to myself and thought maybe it was just that Gary didn’t know any of us. I didn’t see him again after that day, but my spidey senses thought something was very strange about him.
Fast forward six months and I am living in Vancouver, BC and happened to see the Seattle news and the arrest of Gary for Joanne’s murder, along with the other 3 victims. Imagine my shock! To this day, I still occasionally remember my day spent with a serial killer and still get chills down my spine. I am so thankful that nothing happened to me or my friends, but feel very sorry for the others who weren’t as fortunate with their encounters with Gary.
Just thought I would share my memories with you, as I have also been one who has wondered why no one seems to know about Gary. It’s been about 50 years but your book has rectified this and I can’t wait to get a copy and read it. Thanks for all you do for law enforcement and bringing forgotten cases to the forefront.

The New Book is Out!

My new book, “Seattle’s Forgotten Serial Killer” is out today.  It’s available on Amazon and bookstores everywhere.  Here’s a link to give a hint about the book.  It’s on Crimecapsule.com.  Also, Murder was the Case has a podcast about the book.

The Scene of the Crime Podcast 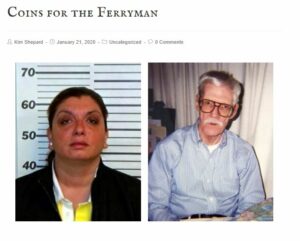 I was recently interviewed for the podcast “The Scene of the Crime”.  This episode involves the murder of Vietnam veteran Patrick Fleming by a group of Gypsies. Click the link to listen.

Preview of my upcoming book

Here’s a preview of my new book, released January 27th from the website Crime Capsule.  Check it out. 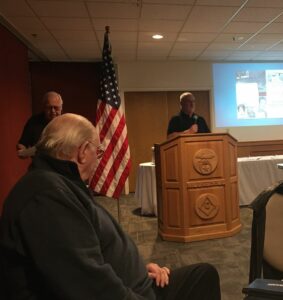 Last Wednesday, I spoke at the Retired Seattle Police Officer’s Association about my soon-to-be-released book, “Seattle’s Forgotten Serial Killer: Gary Gene Grant.”  I think everyone there enjoyed hearing the story.