During the last couple of years in my patrol career, I worked in the East Precinct, 3rd Watch, from 8PM to 4AM.   I was assigned to Charlie Sector.

My area was near Harborview Medical Center.  I spent a lot of time in the Emergency Room of Harborview, or as we aptly called it, “The Zoo.”

I was in the Emergency Room one day when medics brought in a stabbing victim.  When they wheeled him in I recognized him immediately.

His name was Glenn Taa.  He had the unfortunate distinction of being the smallest Samoan in Seattle, standing about five feet nine inches and about one hundred seventy pounds, the normal Samoan being well over two-hundred pounds, and often closer to three hundred.

I knew Glenn from my days working in Rainier Valley.

As they wheeled him in he saw me.

“They got me Staggart,” (he always mispronounced my name), “they got me!”

I followed him into the treatment room.

A crowd of medical personnel surrounded him and began trying to save his life. Among them was the guru of Harborview and father of the Medic One program, Dr. Michael Copass.

A nurse was inserting a catheter.  In her rush to insert the tube, she wasn’t as careful as she should have been.  Once the tube is inserted, a bulb is inflated to seal it off.  Unbeknownst to her, the tube was not inserted sufficiently.  She inflated it.  Glenn screamed in pain, and the tube that carries the urine immediately turned red.  She had bust his urethra.

I quietly left the room.

Glenn Taa survived the stabbing, as well as the medical misadventure in the ER.

Years later, when I worked in Homicide, Taa was murdered, having been beaten to death in the head.  The case was assigned to me and my partner, Jason Kasner.

After a couple weeks we made an arrest and closed the case.

People and faces often came in and out of my life on the Seattle Police Department. 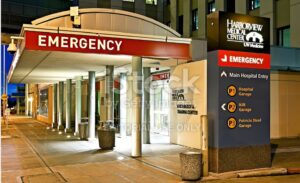