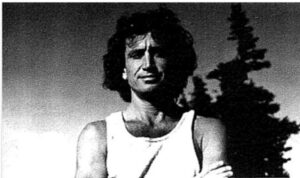 Seated in a recliner in my living room watching football, dinner had not yet been served when my phone rang.

As one might expect, I muttered an expletive and answered the phone.

“We’ve got an officer-involved shooting at 7518 20th Avenue Northeast,” my sergeant Don Cameron informed me. “SWAT is on the scene.  There’s one fatality. I need you to respond.”

I grabbed my gun and keys to my work car and headed out the door, the aroma of a great meal wafting behind me.

When I arrived at the location about thirty blocks north of the University of Washington, dozens of Seattle Police vehicles, including several SWAT trucks and armored vehicles, clogged the residential street.

I stepped under the yellow tape into the chaotic scene and approached Cameron.

“I don’t know if you heard about the bank robbery yesterday afternoon,”—I hadn’t.

“It was a take-over job by a group that has been robbing banks the last couple of weeks.  A robbery unit spotted their car in traffic, and a chase ensued.  They fired shots at the Robbery detective.  They were last seen in this area.

“The owner of this house has a camper in the back yard.  He was getting ready for Thanksgiving dinner and noticed movement in the camper.  He called the police.

“The responding officers realized this could be one of the suspects in the robbery and shooting.  They surrounded the camper and yelled for the person to come out.

“A shot was fired, and several of them returned fire.  The suspect still didn’t come out, so they called SWAT.

“SWAT arrived and, after also getting no response, fired tear gas into the camper.

They finally approached and found the guy dead inside.

Cameron asked me to go to the precinct where the officers were and talk to them.

I arrived at the precinct.  Four officers and a sergeant, Howard Monta, whom I knew, were in a conference room.

“We yelled at him to come out,” Monta told me, “and then there was a shot.  I was pretty sure he was shooting at us.  We returned fire.”

I returned to the scene.

Myself and my partner, Sonny Davis, were detailed to enter the camper and photograph the inside. Because the camper had been shot with several tear gas rounds, we donned hooded Tyvex suits and gas masks.

As we entered the camper, the CS gas flakes laid thick on every surface.  As we moved, the flakes swirled in the air.  I had to wait until they settled again to take a clear photograph.  Bullet holes pocked the walls of the unit.

The body of a white male, later identified as William “Hollywood” Scurloch, the leader of the band of marauders, lie strewn on a chair.  The nickname Hollywood came from his applying makeup as a disguise before conducting a robbery.

There was a single gunshot wound to the side of his head and a semiautomatic handgun in his hand.

There was what appeared to be a bullet wound to one of his fingers as well.  The tip of the finger was severed off, but there was no blood.  That told me Scurloch had been dead when that shot was fired.

After taking the photos, we exited the camper.

I removed the Tyvex suit and my gas mask.  I knew what would happen since it had happened to me before.  The CS particles swirled around me.  I was gassed as much as I would have been if I had been inside the camper when this happened.

Tears rolled down my face, and my nose ran.

Ann Rule later wrote a book about Scurloch. The first, but not last, time my name appeared in one of her books.

I got home well after midnight.  I entered through the garage and into the laundry room, taking my clothes off and placing them in a plastic bag, not wishing to gas my house as well.