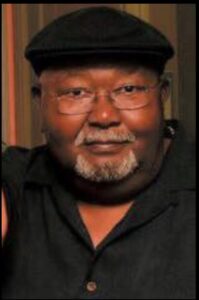 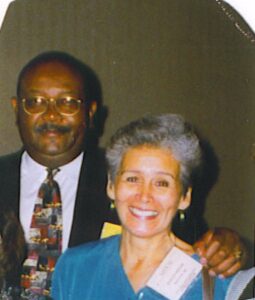 It seems like these things come in bunches.  It seems all I write lately are memorials.

In early 1980, Steve Sparby and I walked in the front door of the Georgetown Precinct of the Seattle Police Department.  We were in the police academy together and were given our permanent assignments after graduation and field training—Georgetown, 3rd Watch, (8 PM to 4 AM) working Robert Sector—Rainier Valley.

The Valley was a hotspot in the city, with high crime rates, including many violent crimes.  The Twenty-one-year old cop in me was thrilled.  I wanted to go where the action is.  Steve was seven or so years older, but he was also happy with the assignment.

As we walked into the front door, the front desk officer leered at us from his perch.

“Can I help you?” he asked, the scowl on his face a permanent fixture.

We flashed out new shiny badges.

He waved us through.  We made our way to the stairs in the decrepit old precinct, the inside décor was early Barney Miller, to the locker room. After changing into our spotless and well-pressed uniforms, (they were actually three months old since we’d worn them in our Field Training assignments, but we kept them immaculate as was drummed into us in the police academy–that wouldn’t last–we went to the roll-call room.  No one else was in the room when we sat down, ten minutes before it was scheduled to begin.

About a minute before the appointed time, the room filled with other officers, all of them a lot older and more experienced.

A moment later, a uniformed sergeant walked into the room and stood behind the podium.  He was a big, burly black man, reminding me of the quintessential supervisor on TV cop shows and movies. His name was Emett Kelsie.

He called out names, and when people answered, gave car assignments.

“James,” he said.  A senior officer with curly hair and glasses answered, “here.”

Sparby was paired with a senior officer as well.

The sergeant addressed the room.

“We have two new officers in the squad starting tonight.  Cloyd Steiger and Steve Sparby.”

I expected long looks and sneers at a couple of boots, but everyone was friendly, always happy to have help.

“Steiger and Sparby,” Sergeant Kelsie said. “I’d like to see you in my office before you go out on the street.”

Oh shit, I thought.  What’s this about?

When roll-call broke up, everyone filed downstairs to the main floor of the precinct.  The sergeant’s office was at the bottom of the stairs.

Steve and I went in.

“Have a seat,” sergeant Kelsie said, pointing to two chairs in front of his desk.

“I just want to let you know what’s expected of you,” he said.  “Just because you’ve got those shiny new badges and a title that says Police Officer, you won’t be considered real cops to the other guys until you prove yourself worthy.  That means when the shit hits the fan, you’re running in, not running out.  When someone says they need help (a word only used on the police radio for serious trouble), your asses better be there.

“Now go out on the street.”

We both nodded and left his office, heading out to our patrol cars.

It was only a couple of weeks before “the shit hit the fan.”

After it did, Kelsie called us in again.

I worked for Emett for another year.  During that time, he gave me excellent advice.

“If you don’t want to be a patrol officer in this station the rest of your career, you have to get noticed.  Do things, so people associate your name with good work.”

Emett left the precinct as was eventually promoted to lieutenant.

I worked the East Precinct a couple of years later, still on 3rd Watch, when Emett became the Watch Commander.  I was glad to be working for him again, though he supervised the entire Watch, not just a squad like sergeants do.

A couple of years later, I walked up to him.

“It was good working for you again,” I said.

“Are you going somewhere?” he asked.

A big smile crossed his face.

I ran into him downtown one day.  I hadn’t seen him in a while.

“There he is!” he said and shook my hand.  “I was talking to (a homicide supervisor) and asked who the up and coming star in that unit was.  He said it was you.”

I was taken aback.

A few years later, Emett came to Homicide as the lieutenant.  We spent a lot more time together, mostly in the middle of the night at a murder scene.

He always gave me a hard time about living in the suburbs.  Every time there was a violent crime anywhere near (or not near) my house, he’d say, “See what I mean?”

I was working the night shift in Homicide one weekend with my partner, Greg Mixsell.  The Chief Dispatcher came over the radio and asked us to call him on the phone. When I called, he told me there was a homicide scene in Rainier Valley and gave me the address. I called Emett on the phone.

“It’s a murder,” I said.  “Man, that never happens in my neighborhood.”

Later I was working a notorious high-profile murder—one that the mayor got on television about and said we would spare no expense to solve.

I walked into Emett’s office.

He stared at me a moment and then said, “Where the hell is Saipan.”

“It’s an island in the Pacific Ocean, about ten thousand miles from here.”

“When do you need to go?

Another long stare and then, “Okay.”

The next morning we were on a plane.

Not long after, Emett retired. I didn’t see him after that, though we were Facebook friends and he would send me jokes all the time.

A few months ago, the Facebook God’s told me it was his birthday.  I intended to send him a note but thought I hadn’t talked to him in a few years.

“It’s Cloyd,” I said—I’m a one-name person, like Cher and Madonna.

We spoke for an hour.  It was great to catch up.

I’m really glad I made that call.

I heard this morning that Emett died.