Upcoming Show on the Oxygen Network 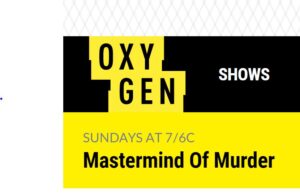 I’ll be appearing on Mastermind of Murder on the Oxygen Television Network, Sunday, May 2 at 4PM and 8PM PDT. The episode is called Deadly Con.

Also on demand and on the Oxygen App.

Published by csteiger on April 22, 2021
In my last few years working Homicide at police headquarters there was a janitor that worked our floor in the evening. His name was Joel.
Joel was mentally delayed. It was a result of being assaulted by his brother, who struck him in the head with a weapon causing brain damage.
Prior to that, Joel was enrolled in a Culinary Arts program with dreams of becoming a chef.
Joel loved working the seventh floor of police headquarters, where the Homicide Unit is housed. Everyone in Homicide treated him with kindness. He called us all his buddies.
Joel was very meticulous in his routine. He did everything in order and did everything well.
At one point several years ago, the powers that be changed which floors their employees were to work on, and Joel was removed from the seventh floor.
He was inconsolable, crying that he wanted to work with his “buddies”.
Several of us emailed his supervisors.
“What the hell are you thinking?” we asked. “Put Joel back on the seventh floor.”
After a week or so, they did just that.
Joel was elated.
Joel would show up about three in the afternoon every day.
“Joel,” I asked him. “What time does your shift start?”
“Four-thirty,” he said.
“Why do you get here so early?” I asked.
“I don’t want to be late,” he said.
One day I asked him, “Joel, are you enrolled in Deferred Compensation?” It’s the government’s answer to a 401k.
“I don’t know what that is,” he said.
I made an appointment with him to meet with an advisor and sign up.
A few months later, I asked him how that was going.
“It’s really good!” he said. “I have a lot of money!”
Joel had never taken a sick day in his entire time working for the city. One day he showed up for work, obviously sick.
Joel took a bus in and took another home at one o’clock in the morning.
“You need to go home,” I told him.
I found out he had almost six months of sick time built up. I drove him home.
About a year before I retired, Joel came up to me.
“My brother died,” he said, referring to the brother who had assaulted him.
“Even though he hurt me,” he said, “I still love him.”
I learned a lot from Joel. About what’s important in life, and about forgiveness.
Leave a Comment 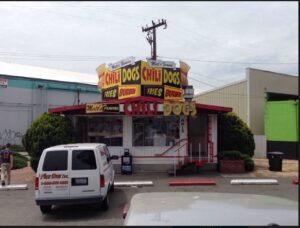 When my partner Mike Ciesynski and I were investigating murders by serial killer Dewayne Lee Harris, we took him out on “field trips” where he would tell us about murders he committed. When we did, we would stop at Matt’s Hotdogs in Georgetown to feed him. He loved the place.
Four out of five serial killers prefer Matts.