Another Cold Case Solved through Genealogy 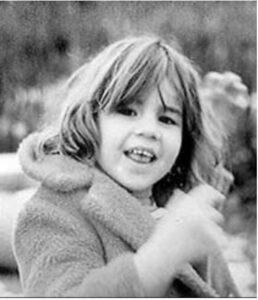 In 1974, little Siobhan McGuinness, just five-years-old, went missing near an off-ramp to Interstate 90 in Missoula Montana.  A few days later, her body, raped and stabbed to death was found.

The anguish for the family of this beautiful child went on for decades.

Detectives, with the assistance of the FBI, recently used Forensic Genealogy to solve her murder.  Arkansas resident Richard William Davis, who died before he could be brought to justice, was identified as her killer.  Detectives determined that at the time he drove a car that matched the description witnesses had provided. It’s believed he was just passing through Missoula when he spotted Siobhan.

Though they will never see justice done in this case, Siobhan’s surviving family at least now know what happened.

You can read accounts of the case here.