Why doesn’t the FBI record interviews?

Why didn’t the FBI record the Flynn interview?

Regardless of your feelings about this case, it exposes what has long been a problem I have with how the FBI investigates. They cannot, per policy, record interviews. There is no excuse for that in the twenty-first century.
During interviews agents are trying desperately to write down what is being said. To do that, you can’t effectively interact with the person you’re interviewing. You can’t look for “tells” or little reactions that may let you know you’re being lied to. Also, something that seems unimportant at the time of the interview, (and not noted by the agent) can become very important later as new facts are uncovered.
This came into the play in the Pulse nightclub mass-shooting in Florida when they interviewed the suspect’s wife.  She was clearly was involved in the planning and execution of the incident. The agents testified to what she said, but the jury acquitted because they had no recording.
The FBI needs to remove this counter-productive policy. 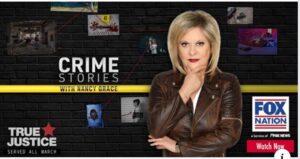 I took part in this episode about a man who murdered his wife, wrapped her in plastic and duct tape, buried her in the crawlspace of his house and then went to work. When he got home, he reported her missing. He planned to put up fliers for her using the same duct tape he wrapped her in . Also available on Fox Nation.