Published by csteiger on November 7, 2019 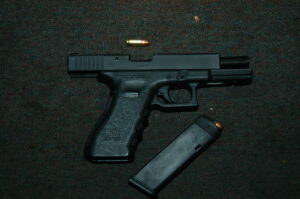 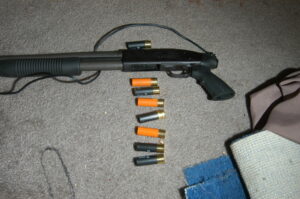 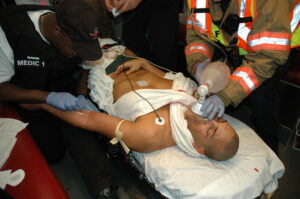 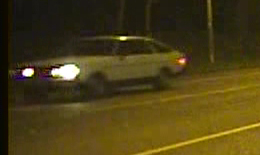 My phone just reminded me, with “Your photos from this date…” November 6, 2009, was a Friday, I was in my office working my sixth 20 hour day in a row trying to find out who ambushed and killed Officer Tim Brenton.
Tim’s funeral played out on the flat-panel TV above my desk, when Detective Tim Renihan of the Intelligence Unit walked up.
“Hey Cloyd, I just got a call from an apartment manager I know from a case. She told me she has a tenant at her building in Tukwila who has a car like the one you released to the news. He never covered it before, but the last couple days he put a cover over it.”
I pulled up the driver’s license photo of the tenant, and looked into the smiling face of Christopher Monfort.
I liked this lead. I liked it a lot.
I sent Bob Vallor, Rolf Norton and Gary Nelson to Tukwila to sit on the car while I got a search warrant.
Jeff Baird from the prosecutor’s office ran uphill the block from the courthouse to my office. We just sat down to draft the warrant when we heard over the radio of shots fired at the Tukwila address. Baird and I jumped into my unmarked detective car and raced to the scene in rush hour traffic. We arrived to pandemonium. Fifty or more police cars, and SWAT pointing rifles into the scene.
A while later, Monfort was wheeled past me, a bullet wound to his face and another in his chest. I didn’t think he’d survive. It was several hours before we could enter his apartment, which was booby-trapped with home made bombs.
I didn’t get home until five AM the next morning. Monfort survived, (though was paraplegic). We spent the next five years preparing for a trial that would last more than eight months. In the end, Monfort committed suicide in prison.

This is one of the cases I wrote about in my book, Homicide:  The View from Inside the Yellow Tape.