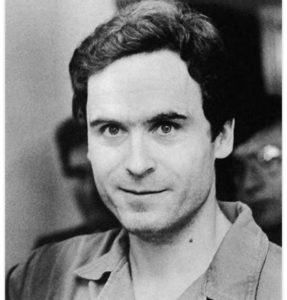 ABC’s 20/20 ran a special about Ted Bundy recently.  There is renewed fascination with this case because of the recent thirty-year anniversary of his execution.

KOMO-TV, the local ABC affiliate, ran a story after the 20/20 episode in which I was interviewed.

Bundy was a local boy, and committed many of his early murders in the Seattle area and other parts of Washington State, though he was never charged with any of them.

You can watch the interview here.

I’m also involved with a six part documentary series, “Theodore” that will air sometime in the fall.  Follow that project on their Facebook page, “Theodore, the Documentary.”