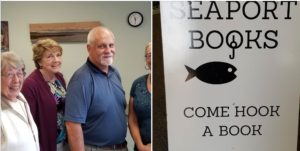 I had a great time at Seaport Books in LaConner, Washington on August 17th.

There was a great turnout for the event.  My new friends who own the store were gracious hosts.

If you’re ever in LaConner, stop by the store.

Why do serial killers try to confess to crimes they didn’t commit? 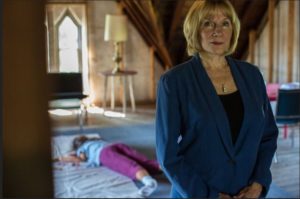 Another great blog post by Katherine Ramsland.  Why do serial killers try to confess to more murders than they actually commit?

Dewayne Lee Harris, a serial killer I investigated, (whose case is detailed in my book), tried to confess to murders he clearly didn’t commit.  (He didn’t know enough about the murders, as opposed to the ones he did commit, where he could detail the minutia of the crime).  Was he just trying to be more of a badass than he was?

Katherine Ramsland addresses that issue in this blog post for Psychology Today. 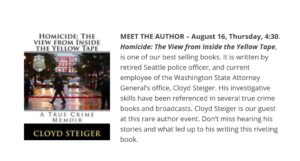 I’ll be visiting Seaport Books in the beautiful seaside town of LaConner, WA. on Thursday at 4:30 PM.

If you’re anywhere near that area, stop by and say hi. 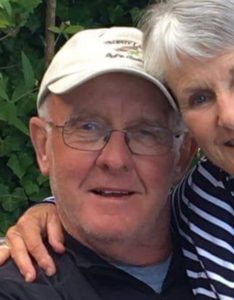 When I transferred from Sex Crimes to Homicide in 1994, one of the old-dog detectives there was John Boatman. “Boats”, as he was known around the office.
I didn’t know John well, but he was an old-school detective with a natural scowl. When you first meet him, you think he’s a crochety old coot. As it ends up, nothing could have been further from the truth.
He resembled Anthony Hopkins, and had a smile like he’d just enjoyed some fava beans with a nice Chianti.
He’s handled some of the most notorious murders in Seattle, like the Wah-Mee Murders, where fourteen people were bound and shot in the head in a Chinatown gambling den. Unfortunately for the killers, one survived and told the story of what happened.
Another case was the International Cannery Union murders in Pioneer Square, where the Filipino victims were gunned down in an attempt to control the cannery workers in Seattle. The state proffered at trial that the killings had been ordered by Ferdinand Marcos himself.
At on point in the trial, Boats was sitting at the prosecution table, next to old-school defense attorney Anthony Savage as the state put forth the theory. John looked at Savage and said, “You and I are the only ones in here that don’t believe that bullshit.”
John was very good to me and helped me in my early days in Homicide. He was quick witted, but a bit challenged when it came to technology. He could barely operate a remote control on a TV.
When we transitioned from typewriters to computers in the late 90’s, he really struggled. One day when he was away from his desk, I installed a spoof program on his desktop. When he touched any key, it would go to blue screen, and then start a countdown from 30 seconds, with the message: “Hard drive will be erased. Enter any 17-digit prime number to cancel. I went back to my desk to wait.
About ten minutes later, I heard a wail across the office: “HOLY SHIT!”
I ran to his desk, feigning concern, but couldn’t keep a straight face. He soon realized he’d been had and laughed as hard as I did.
John developed Atrial Fibrillation. He told me about being at the doctor and having to be defibrillated while completely conscious. “I rode the lightning!” he said.
He was tough as nails.
He lived on Inglewood Golf Course. One summer afternoon, he walked up to me.
“I need you to come with me.”
We drove to his house where a Pro-Am golf tournament was being played. We watched as Arnold Palmer made the turn at his house, and was teeing off at the next hole, a par 3.
Palmer shanked his drive into the woods.
I looked at Boatman, “Holy shit. I can golf as good as Arnold Palmer.”
He loved watching his kids play sports.
My sons where heavy into high school sports and we talked about it all the time.
“Enjoy it while you can,” he said. “When it’s over, you’ll really miss it.
I got word this morning, that John Boatman died last night after a battle with cancer.
A legend passes.
RIP buddy.

Recording the audiobook version of my book. 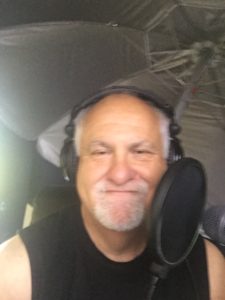 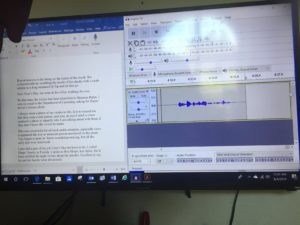 I’ve been recording the audio version of my book for about a month now.

It’s hard work, but kind of fun.  I’m about two thirds of the way through.  Still a lot of editing ahead too.